Wandering through the top field on the first morning of making hay, I’m struck by the intense variety of species surrounding me. All around, a gentle hum fills the air from bees, butterflies and countless other insects buzzing around. With each breeze in the morning sun, the crop sways, I can hear the seeds of the Yellow Rattle ripe and ready to break free. 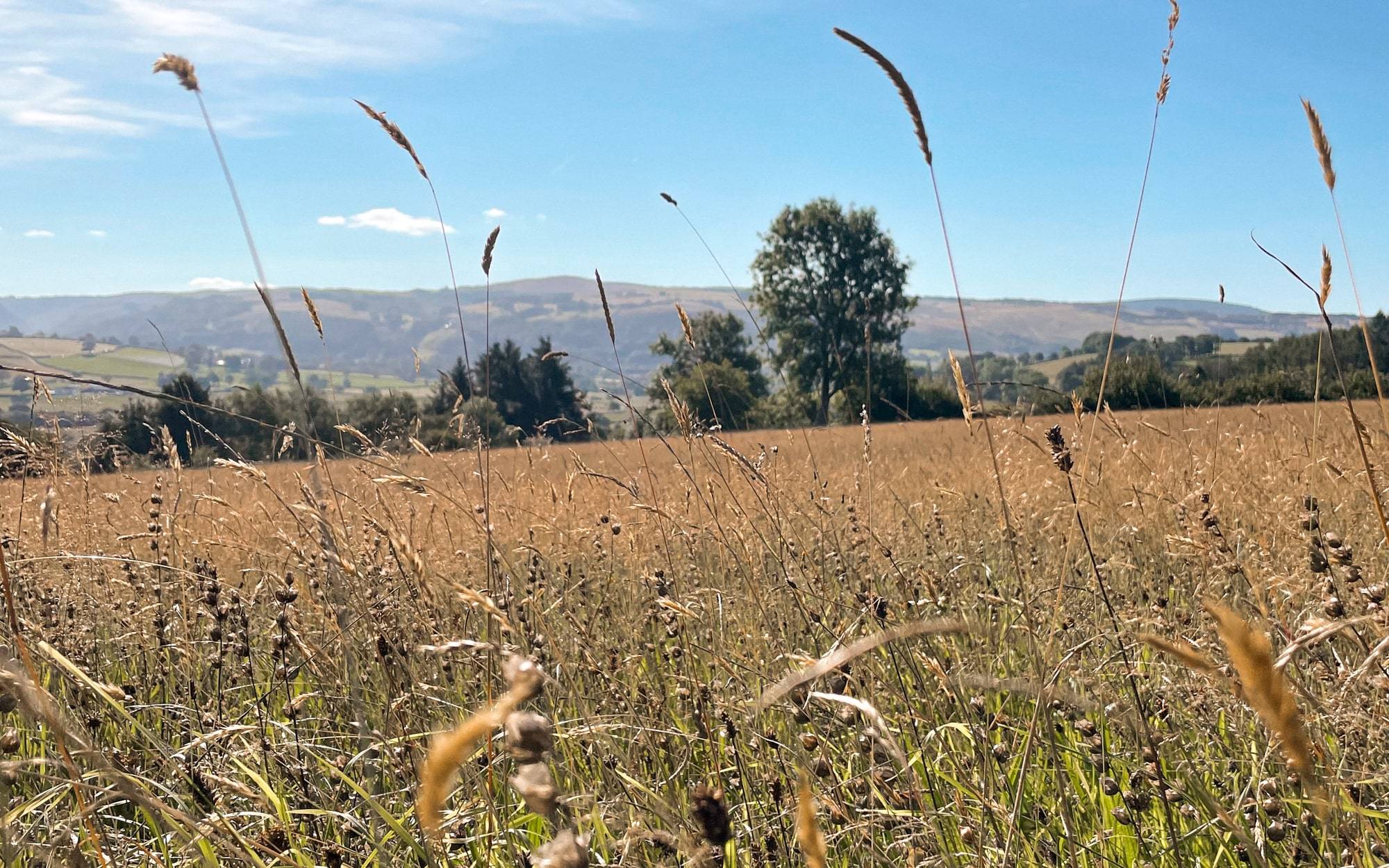 For those of you in the countryside, you may have seen silage making happening since around April, monster machinery clearing the intense green patchwork of high production farms. So why did we wait until August? Well the answer lies in the fact that our hay meadow isn’t a solid, intense green, but a medley of shades belying the species-rich nature of the crop.

Making the hay late in the year allows all these fantastic plants to flower, setting seeds for a continued cycle of rich biodiversity. In April, as the first cuts of silage are being taken all around us, our cowslips, dandelions and cuckoo flowers bring bright bursts of white, yellow and pink blossoms. Moving into May and June, Buttercups, Birds Foot Trefoil, Vetch, Oxeye Daisies, Clover and Poppies continue the wildflower extravaganza. July brings the Knapweed, Harebells, Yellow Rattle and Hawkbit into flower. By the time mid-August rolls around, most of these plants have set their seeds. 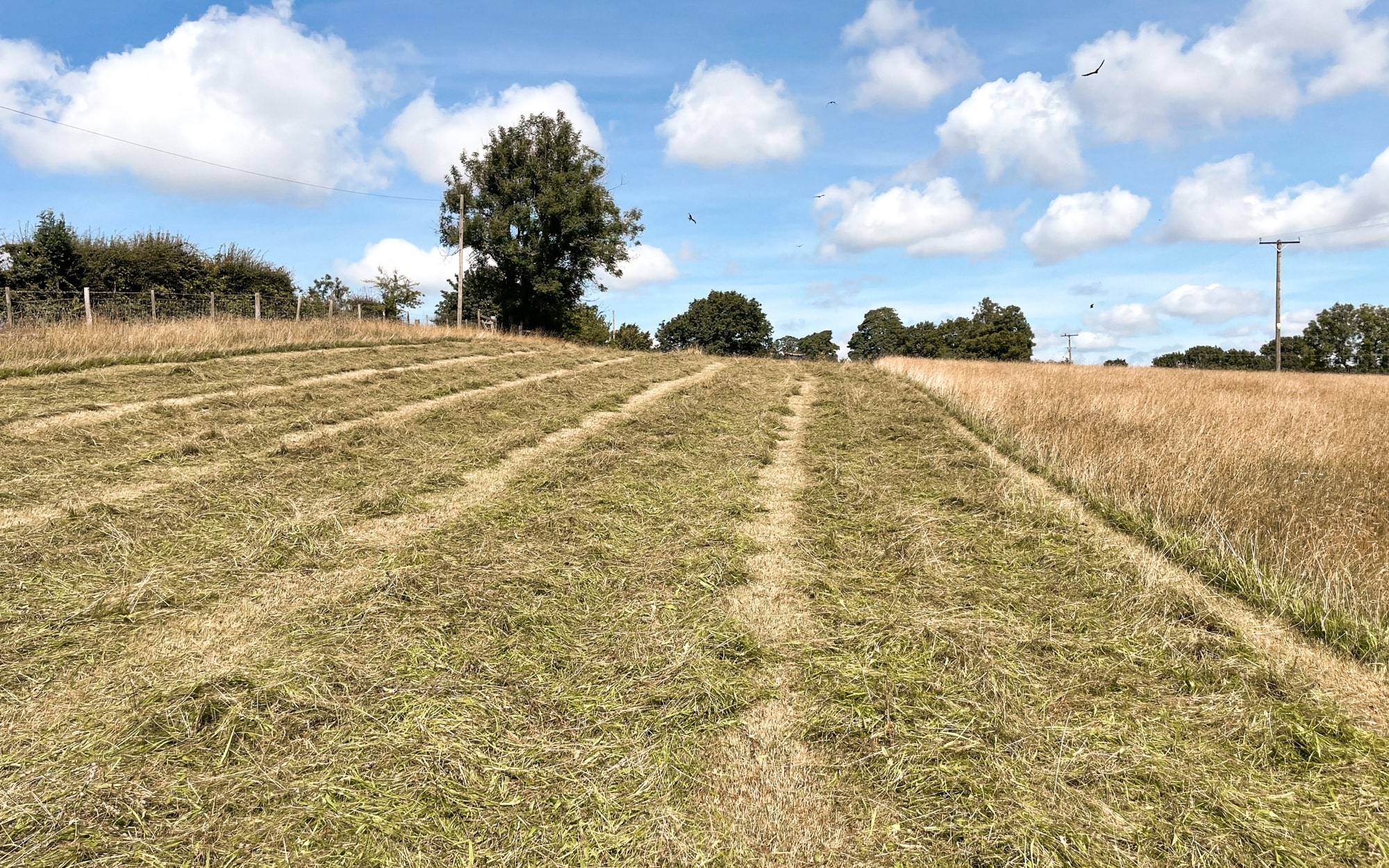 We also slightly change when we cut each year, partly due to the weather - like every farm around the country, we’re governed by the forecast, eagerly looking for a few dry days to cut and bale the crop (though that hasn’t presented such a problem this year - it’s been the driest year since 1976, and we’ve had record temperatures, but that’s another story). Partly though, we aim to vary the cutting date specifically to increase biodiversity in the field. Changing the date from mid-July all the way through to mid-September gives different species the chance to set their seeds and flourish, meaning each year will be slightly different.

So with this playground of wildlife, of insects and of traditional grasses and wildflowers, why on earth would we mow it all away? Well, ultimately the hay field exists to provide winter feed for our flock of sheep. It’s a crucial part of the circular nature of the farming calendar, and also - counterintuitively - promotes more biodiversity by mowing and removing a crop each year. This works by actually removing nutrients from the soil, allowing less competitive, traditional plants to compete and thrive. In a more modern, high-production farming system, an abundance of nitrogen allows a monoculture to thrive, usually a ryegrass variety, but a less intensive approach allows the entire meadow to work in harmony with nature, with insects and with wildlife. 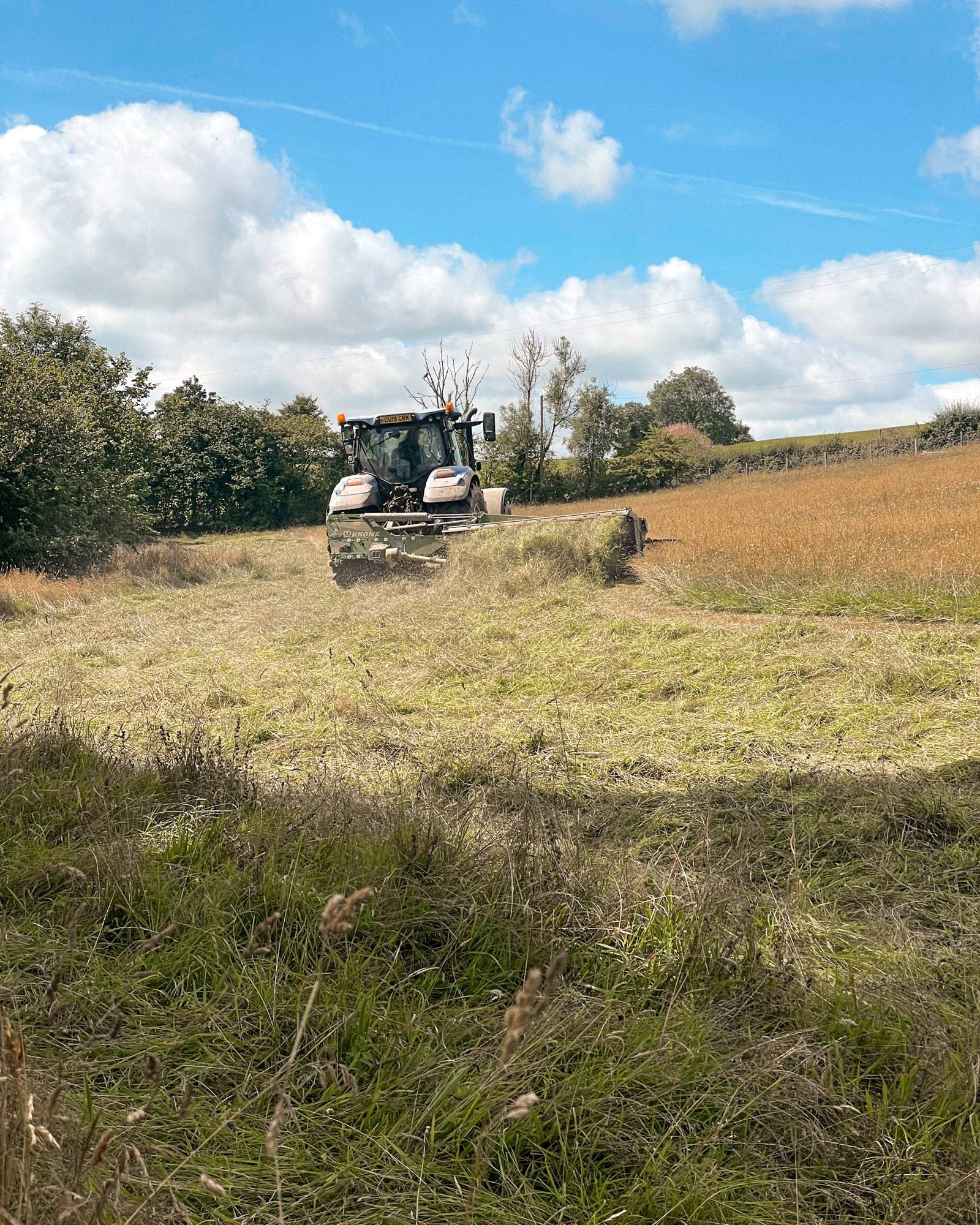 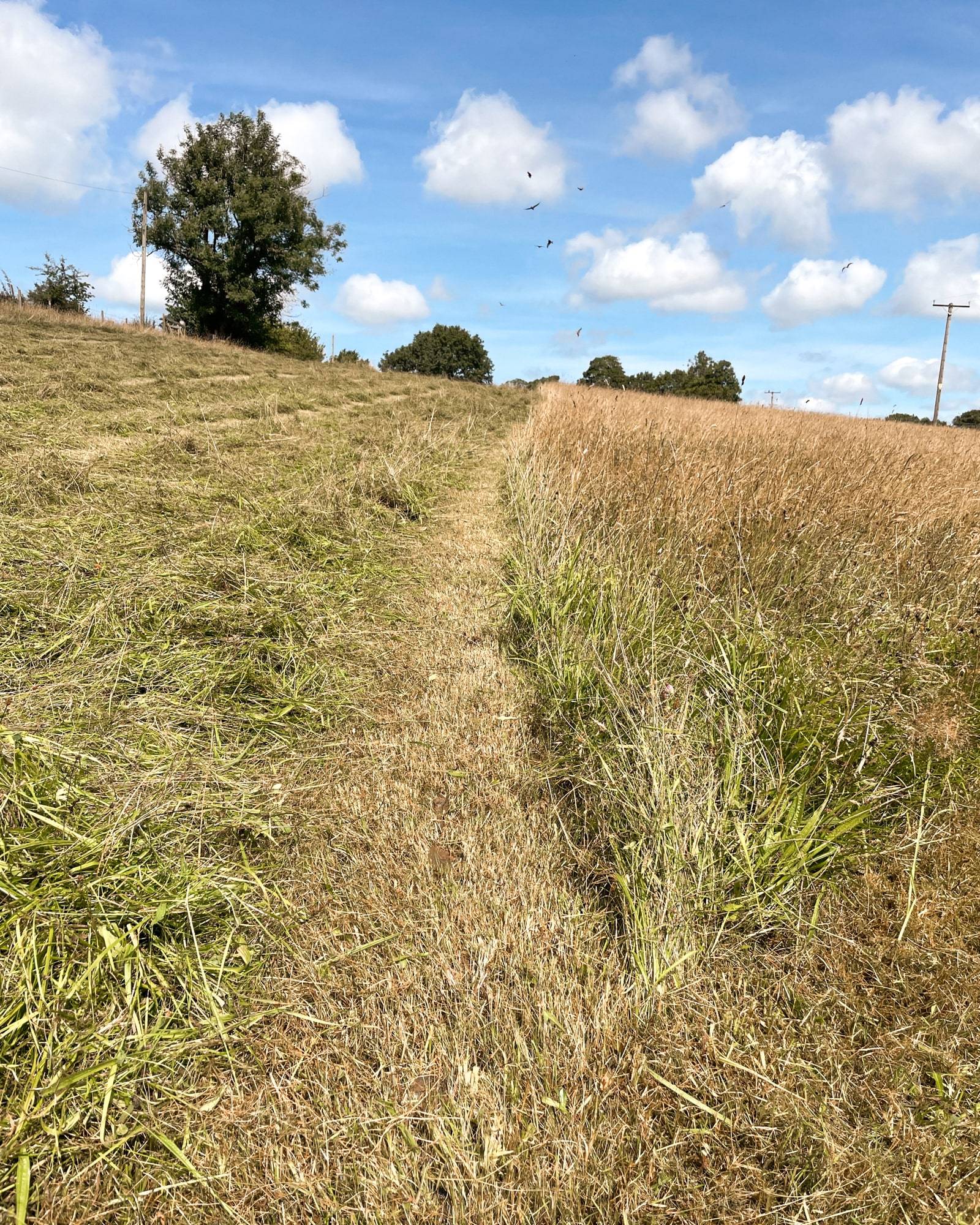 When it comes to mowing, a flurry of activity cut through the hot, humid air. I’d already wandered up to the top of the field to open the gate early in the morning, whilst the dew still lay on the leaves, ready for the big tractor to come roaring through. Upon hearing Emyr driving up the back lane, I shut my laptop and wandered up to say hello, though by the time I made it up the hill he’d already mowed a lap of the field. The mower serves two functions - initially to cut the grass close to the ground, and secondly to ‘condition’ it. Metal tines spinning too fast to even see crimp and crack the stalks of the plants, promoting faster drying - it’ll cut a day off the time needed before baling.

One of the breathtaking sights on mowing day isn’t by watching the big tractor thundering around, but by looking up to the sky. Once a critically endangered species, we’re fortunate to have a healthy population of Red Kites in this part of the world, and they were out in force! I counted over twenty in the air, swooping and soaring to keep an eye out for any field mice or voles scurrying away from the path of the mower. It’s a majestic sight, seeing them dive from height with pinpoint accuracy, and in a flash they’ve caught their prey. The small mammals that are so present in these traditional meadows have been so crucial to the survival of the Red Kite, and its more common cousin the Buzzard.

We’ll be back in the next instalment to chat about the process of turning cut grass into a crop for winter feeding. Let us know below if there’s anything you’d like to discover!